Getting at least partially paid with cryptocurrency is a great way to enter the digital asset market without having to do any trading. If you are looking to earn your favorite crypto asset, Bitwage now allows American, European and British companies to pay workers in bitcoin cash following demand for more payment options.

You Can Now Get Paid With Bitcoin Cash

International cryptocurrency payroll and human resources service provider Bitwage has recently announced the launch of bitcoin cash payrolls. This means that anyone working for a U.S., EU or U.K. employer can now receive a portion of their wage in BCH by signing up to the service. Companies can also sign up to fund payrolls in BCH or to offer BCH to their employees and freelancers. 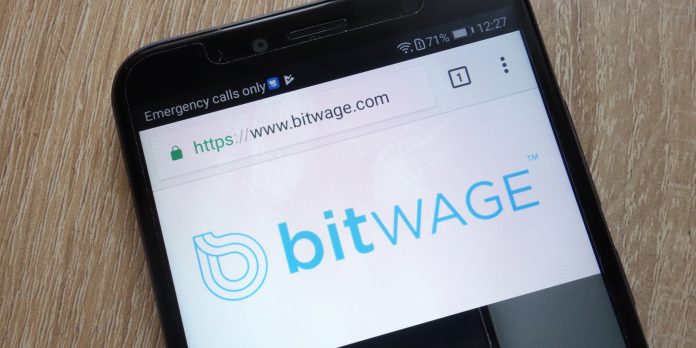 Earlier this year the company expanded beyond just BTC by launching support for ETH payrolls. Shortly after that it took a customer survey to learn what else its users wanted and discovered that there was demand more cryptocurrency payment options. Bitcoin cash, as a consistent top four digital asset, offering low fees and fast transactions, was a natural choice to add.

“As cryptocurrency becomes more mainstream, employees and freelancers are looking to diversify their portfolio of cryptocurrency,” commented Bitwage CEO Jonathan Chester. “Bitwage is making it easier for workers around the world to accumulate their favorite cryptocurrency, through passive dollar-cost-averaging.”

Bitwage Is Used by Workers at Facebook, Google and Uber

Bitwage has been providing direct bitcoin deposits since 2014, and reportedly already serves over 30,000 people including employees, freelancers and independent contractors. It has also reportedly raised around $1 million in total funding from a number of investors such as Draper Associates, Orange and BPI France.

According to the company’s website, the service has been used by workers of Google, Facebook, Uber, Airbnb, American Express, GE, Comcast and other corporations as well as public institutions such as the World Health Organization. Coinciding with the BCH launch, Bitcoin.com has now onboarded as an initial customer, Bitwage revealed.

If you want to get your hands on bitcoin cash without waiting for your next paycheck, you can safely and securely purchase BCH with a credit or debit card at buy.Bitcoin.com, as well as BTC, ETH, XRP, LTC and BNB. You can also trade digital assets for cash in person or with any other payment method privately on our noncustodial, peer-to-peer marketplace, local.Bitcoin.com, or simply join our premier trading platform, exchange.Bitcoin.com.